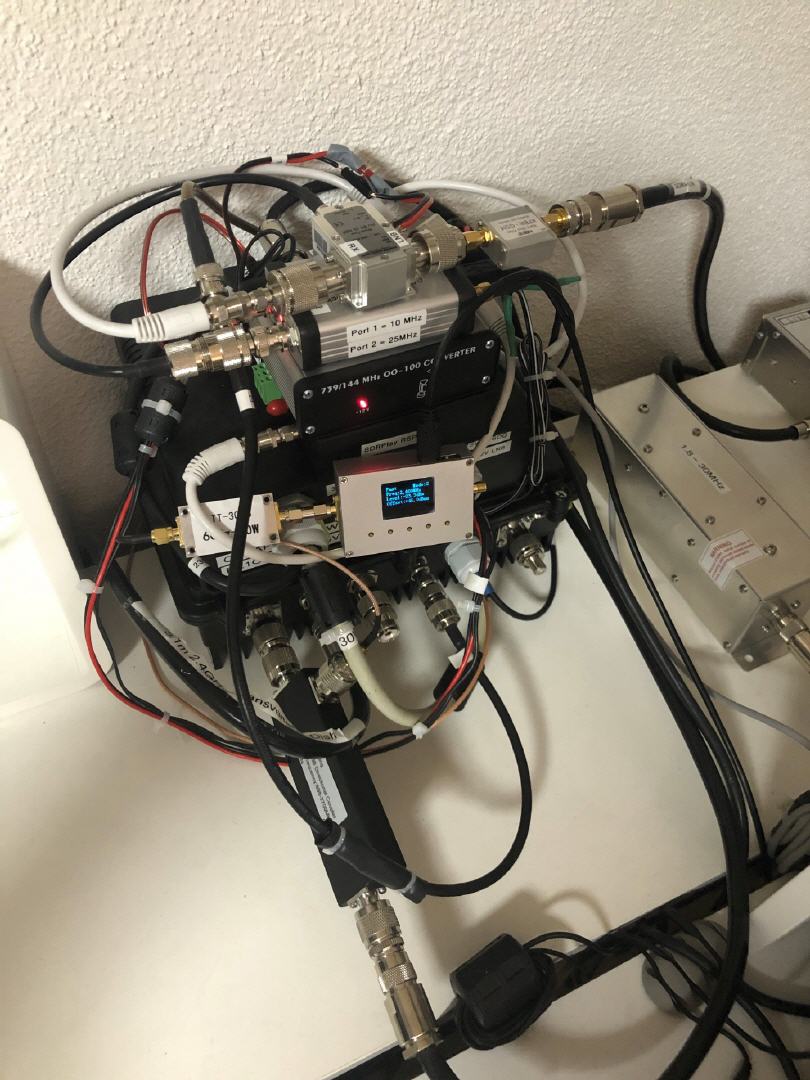 Es'hail-2 - Successfully launched into orbit (15. Nov. 2018)
The eagerly awaited start of the Es'hail-2 took place on 15/11/2018 at 20:46 as planned and successfully. This is the beginning of a new era in satellite broadcasting for us radio amateurs.

Qatars Eshail-2 satellite will provide the first amateur radio geostationary communications that could link amateurs from Brazil to Thailand. The satellite is positioned at 25.5 degrees East.

You need to install the the ExtIO_SDRplay_RSP2.dll for the SDRPlay RSP2 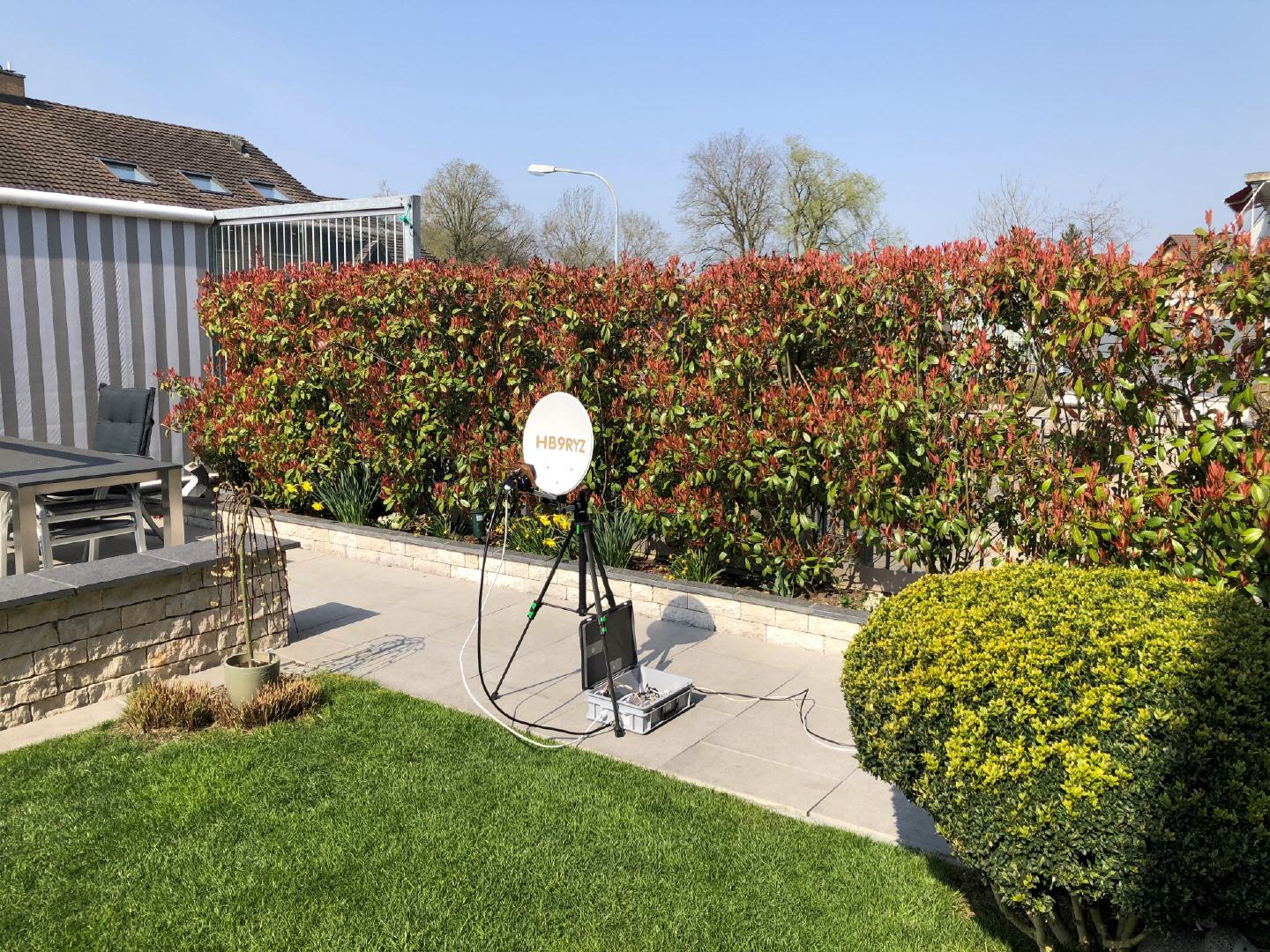 Thanks to SIGI DG9BFC, who built the main parts and helped me to setup the solution with SDR Console v3.0.22 via a Teamviewer session online.

Launch of es'Hail 2 Satellite with SpaceX 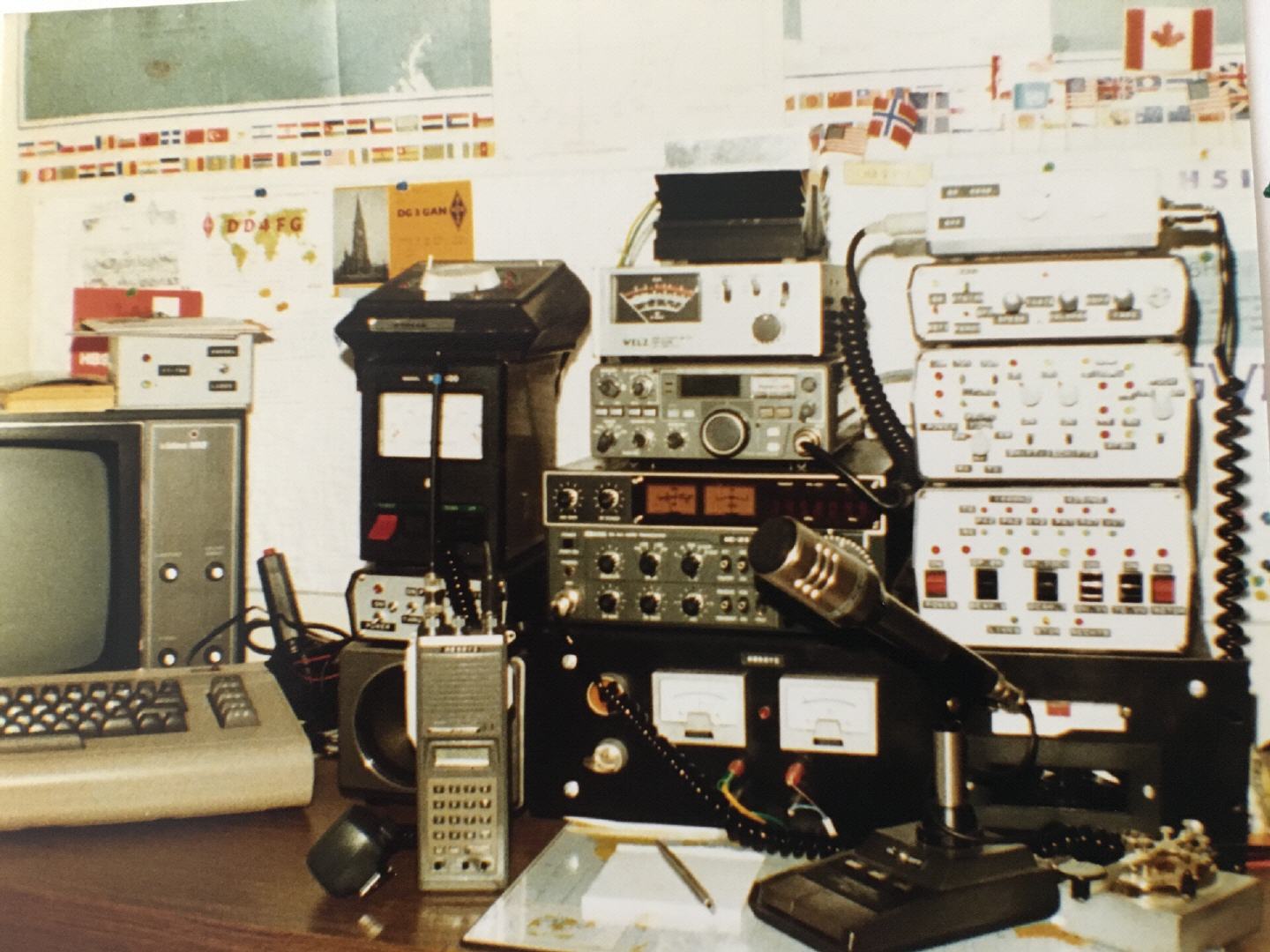 A self developed Commodore C64 application was managing my home built automatic SAT Antenna-Moving solution which was able to follow the OSCAR 10 at any time. A home made Pre-Amp controller unit for 20m and 70cm was managing the RX/TX flow for SAT operation.

The International Space Station (ISS) is a space station, or a habitable artificial satellite, in low Earth orbit. Its first component launched into orbit in 1998, with the first long-term residents arriving in November 2000. It has been inhabited continuously since that date. The last pressurised module was fitted in 2011, and an experimental inflatable space habitat was added in 2016. The station is expected to operate until 2030. Development and assembly of the station continues, with several new elements scheduled for launch in 2019. The ISS is the largest human-made body in low Earth orbit and can often be seen with the naked eye from Earth. The ISS consists of pressurised habitation modules, structural trusses, solar arrays, radiators, docking ports, experiment bays and robotic arms. ISS components have been launched by Russian Proton and Soyuz rockets, and American Space Shuttles.

Live HD-Stream from the ISS

an other Live Stream from the ISS